I watched the feet of people as they walked by me, not daring to look up at anyone. Beside me I could see the familiar shoes of Sir, I knew he would have prefered to be barefoot for any of his foot worshiping needs, but the club we were in wouldn’t allow it.

Even I was stuck in high heeled pumps that dug into my ankles in my position. I didn’t complain though. I enjoyed people watching, well, feet watching. With every pair of shoes that walked by I attempted to guess their titles. A male dominant would usually be in some sort of dress shoe and trousers, soft material for when the need arose to bend a submissive over his knee. Their female counterpart however would be in some sort stiletto heel, with complicated laces that would take forever to undo. Whether male or female, submissives crawled around on their hands and knees, the ones that were allowed to walk would be in shoes but had bare legs, they were easy to spot amongst the crowds.

Very soon the boredom began to get to me, counting the feet as they walked by could only keep me entertained for so long. I tilted my head from side to side, smiling at the small jingle of bell on the collar around my neck. It gently clanged against the metal chain that was also hooked onto the collar, hanging loose and running to the handle that Sir held. I shuffled slightly, trying to get into a more comfortable position for my ankles, but every position only seemed to make me more insecure.

My outfit was simple, a sheer and lace bodysuit that tied together around my neck. I sucked in my stomach whenever I sat in the nadu position, thankful from when I was able to wait position, placing my hands on my lap in front of me, hiding my stomach. Sir had told me time and time again how beautiful I was, before we even ventured out this evening he had made sure to *show* just exactly how beautiful he thought I was,  ensuring to show up to this party with a red arsed submissive on his leash. Sir sat comfortably on the sofa and I knelt in front of me, barely listening as he spoke to some other dominant about something or other. Every so often the tip of his shoe would nudge my thigh, followed by his hand stroking my hair. A reminder of his presence, his protection.

The man Sir was talking to ended the conversation and left, and Sir immediately returned his attention to me. His fingers snaking around my neck and pulling me backwards, spreading out his fingers and tilting my head backwards, making me look at an upside down version of him. I smiled up at him, watching his lips curl into a smile back at me. It was a nice moment, a soft moment, ruining quickly. A woman cleared her throat, drawing Sir’s attention. He let me go and I looked down at my lap again, ensuring to catch a glimpse of the woman had interrupted us. Sir wasn’t all too happy about the interrupted either.

‘Yes?’ he asked, falling back in his seat.

‘Well, we are quite the couple.’ Sir spoke and I couldn’t help but smile as he caught her off guard, quickly catching myself and sealing my lips into a thin line. She gathered herself and continued to speak.

‘Are you enjoying the party tonight?’ she asked.

‘Yes, we are.’ he and I both enjoyed watching the woman lose her train of thought whenever he mentioned us together. ‘The party is wonderful. We have enjoyed ourselves thoroughly, haven’t we?’ I perked up at the question directed towards me.

‘Yes Sir,’ I smiled, finally looking up at the women who stood in front of us. She glared down at me, I couldn’t help but smile back up at her.

‘I had a proposition that you may be interested in.’

‘I am a switch,’ she introduced herself and I couldn’t help but roll my eyes. I knew exactly where this was going.

‘To you I could be a sub.’ She smirked, Sir was quickly losing interest. ‘I have seen you throughout the party, you definitely seem to know what you are doing.’

‘There is no question about it, I know exactly what I am doing.’ he sighed, leaning on the arm of the chair and resting his head in his hand, his other hand coming to rest on my shoulder.

‘Then perhaps would gather from each other?’ she proposed the question, I had to force myself to stay still, wanting nothing more than to scream at her. Sir’s hand squeezed my shoulder.

‘I am sure you can gather from someone else. I have my sub right here, I am interested in no other.’ the woman ignored his comment and dropped down onto the settee next to him.

‘Don’t you ever think of an upgrade?’ she said, I felt my blood begin to boil. However, at the back of my mind I could hear a small voice telling me she was right, he could upgrade.

‘Someone… Prettier?’ she added, I bowed my head, allowing my hair to fall on my face to hide myself.

‘Stand.’ Sir’s voice snapped through the crowd. I looked up, wondering if the command was meant for me. The woman reacted before me, throwing me a confident smirk my way as she stood. Sir’s hand grabbed my shoulder again.

‘Come, kneel in front of me.’ he whispered the words into my ear, spreading his legs and pointing to the space between his feet in front of the settee. ‘Facing outwards.’ he added the command as I moved, crawling into the position.

As soon as I was in position, Sir’s hand crawled around my neck again, pointing my head upwards to face the women. Now that I had a proper look at her, I could see that she was in fact prettier than me, and better dressed than me, in some form of leather corset.

‘This is MY submissive.’ he explained, gripping my chin to ensure I was looking directly where he wanted me too. ‘I chose her. She is beautiful. She is obedient. She is gold. Everything I want in a submissive.’ He let go of my head twirling his finger front of my face to signal me to turn around. I quickly did, listening as he spoke. ‘You however, are rude, disrespectable and undesirable in your currently state.’

‘You could have just said no.’ she scoffed.

‘I doubt you would have listened.’ Sir snapped, pulling at his belt and undoing his trousers. ‘Let me show you what a true submissive does.’

He pulled out his half hard cock, angling it towards my lips. I grinned and took his cock into my mouth, sucking lightly on the head before moving downwards. sucking gently and taking advantage of what was in front of me. Sir’s hand rested on the back of my head as I sucked, bobbing my head and working down to the base of his cock. I pushed my tongue against the base of his cock, hearing the approving growl of satisfaction from Sir.

Behind me, I heard the woman huff and storm away. But she didn’t matter anymore, with Sirs cock in my mouth all that mattered was his pleasure. His groans and growls of pleasure spurring me on. I pulled my lips off his cock and ran my tongue up his shaft, working my way back to his tip and sucking it back between my lips again. I continued sucking him until his fingers gripped my hair, stopping me from moving as he came in my mouth. I swallowed every last drop, only pulling away once I was sure he was finished.

Pulling away, I licked my lips and grinned up at him.

‘There is no way I am trading perfection for bottom class.’ he smiled, I couldn’t help but giggle, feeling him tug on the chain. ‘This party is boring. We can have more fun elsewhere.’ he stood and lead the way out of the club. 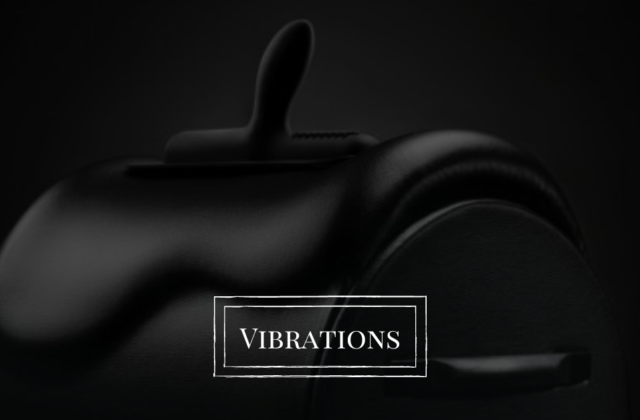 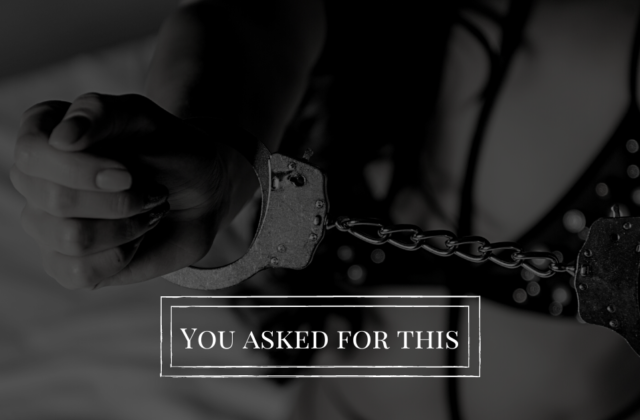 You Asked for This 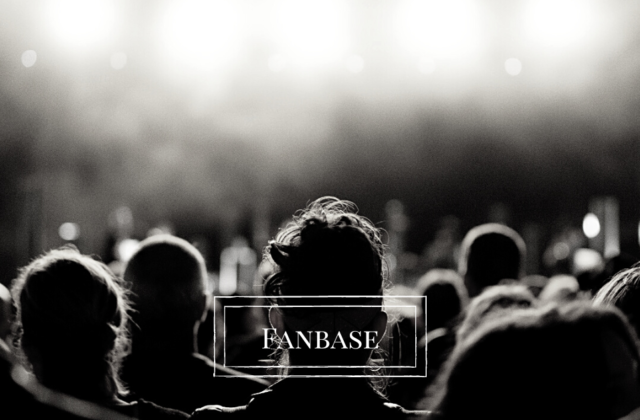 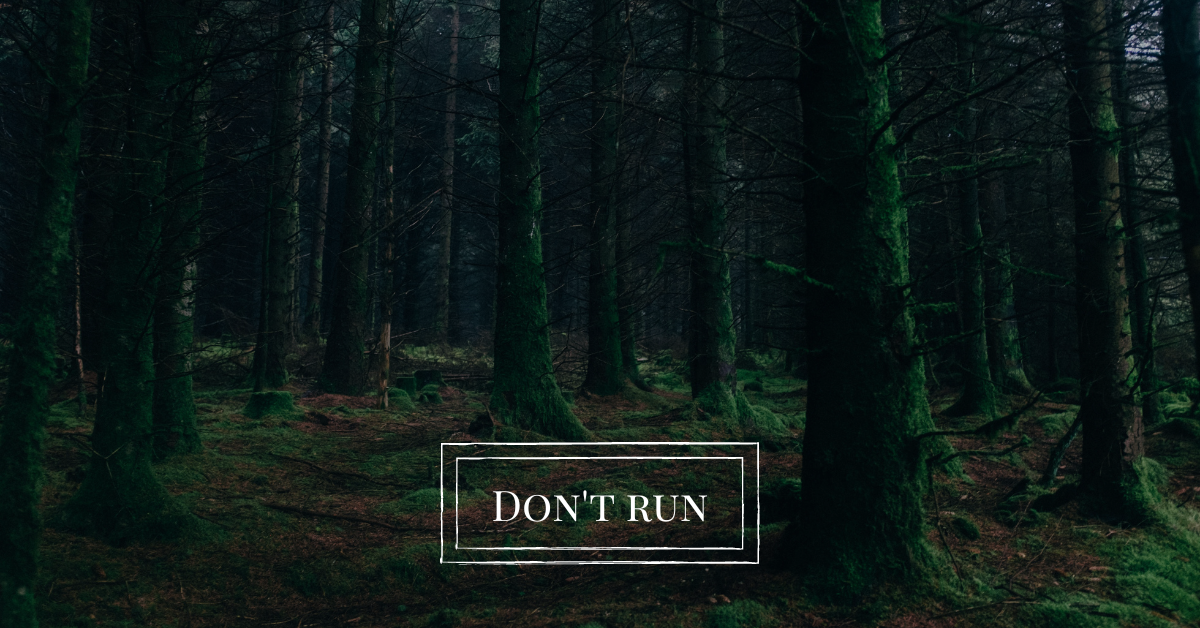 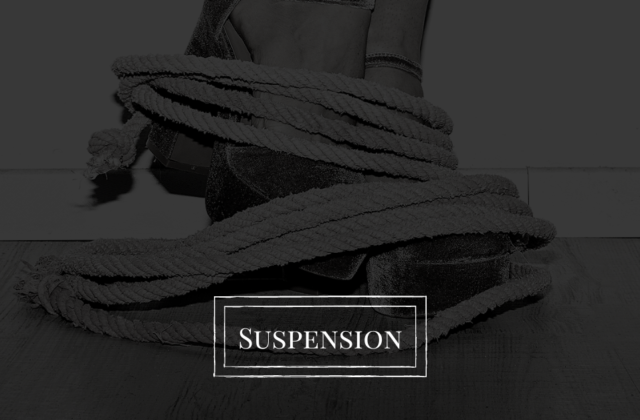 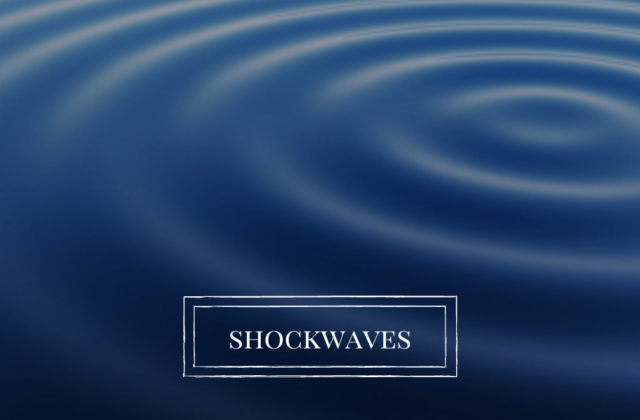